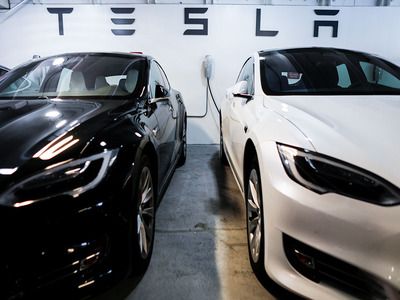 FinancesStock marketCars and equipment manufactureEvents
OREANDA-NEWS. The capitalization of the Tesla automaker for the first time reached $ 100 billion, a mark that, if kept for several months, the company's CEO Ilon Musk will be able to get the right to a large reward, writes Bloomberg.

If Tesla will keep the mark of $ 100 billion for several months, then Musk will be able to count on a premium of $ 346 million, the agency said. In 2018, Tesla shareholders tied the entrepreneur's remuneration to the financial performance of the automaker - it was about 12 tranches over 10 years. To get all the tranches, the Mask needs to increase Tesla's market value to $ 650 billion and earn more revenue than Procter & Gamble.

Bloomberg wrote that the maximum amount of compensation could be more than $ 50 billion. Perhaps this money is big enough so that other businessman hobbies like the desire to send people to Mars do not distract him too much from activities in Tesla, the agency said.
Source: OREANDA-NEWS
Материалы по теме: