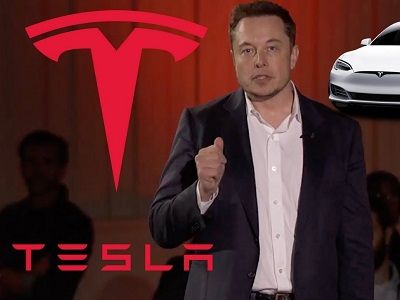 OREANDA-NEWS Tesla shares on Monday at the end of trading on the electronic exchange NASDAQ added to the value of more than 17.3% (about $45.9), to $310.7 per paper.

During previous trading, on September 28, Tesla shares immediately after the opening of the NASDAQ fell by 11.96% to $270.74 per share. This fall was recorded after the news that the Federal securities and exchange Commission of the United States filed a lawsuit in which he accused the head of the company Elon Musk in an attempt to mislead shareholders.

On September 29, Musk reached an agreement with the regulator on the withdrawal of claims. The businessman will pay $20 million, and will leave the post of Chairman of the Tesla Directors Board. According to the agreement, Musk will be able to remain the CEO of the company. Two independent Directors will also be appointed to Tesla.

This news inspired the exchange players. Tesla shares began to grow immediately after the opening of trading on Monday. In addition, the growth of shares was influenced by the information appeared in the media about the good performance of the production company.

As reported on Monday, a specialized website Electrek, citing sources, Tesla increased production of electric cars Model 3, collecting 53 thousand such machines in the third quarter of this year. In the second quarter, the company managed to produce only a little more than 28.5 thousand cars. The total number of all Tesla models produced in the third quarter was about 80 thousand.

Tesla was founded by Musk in 2003. It was originally called Tesla Motors, but was later renamed Tesla. Its headquarters are in Palo Alto (California). At first, the company specialized exclusively in the production of electric vehicles, but later became also engaged in the creation of solar panels and other energy storage systems.

The SEC believed that when Musk wrote about the support of the ransom from the investor he found, he misled investors. According to the Commission, was no reason to make such statements from the head of Tesla.