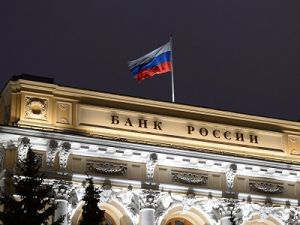 OREANDA-NEWS Since the end of 2013, the Central Bank of Russia has been actively cleaning up the banking market.

The Bank of Russia withdrew more than 400 banking licenses and sanitized more than 30 banks over the past five years, the head of the Central Bank of Russia Elvira Nabiullina said, speaking at the VIII Congress of financiers of Kazakhstan.

CBR Chairman Elvira Nabiullina said in May that the Bank of Russia has completed most of the work to clean up the banking sector of the Russian Federation, it will be fully completed within two to three years. According to her, the indicators of the Russian banking system indicate its recovery after the events of 2014-2015. Nabiullina heads the Central Bank in June 2013, from that moment began the process of clearing the banking sector.

Earlier, Deputy Chairman of the Central Bank Vasily Pozdyshev said during the forum Of the Association of banks of Russia that the Massive stage of revocation of licenses in the Russian banking sector is coming to an end, its financial recovery at the final stage.

The Bank of Russia last year took on the rehabilitation through the FKBS three major banks: "Opening", Binbank and Promsvyazbank. Later, the regulator took on the reorganization of the Bank "trust", "Growth Bank", "Soviet", AVTOVAZBANK and Asia-Pacific Bank.

"Proper assessment of credit risk and an objective reflection of the value of assets in the reporting of credit institutions of the PC total loss of its own funds." - noted in the Central Bank, adding that the Banks also violated the requirements of legislation in the field of combating the legalization of funds obtained by criminal means.