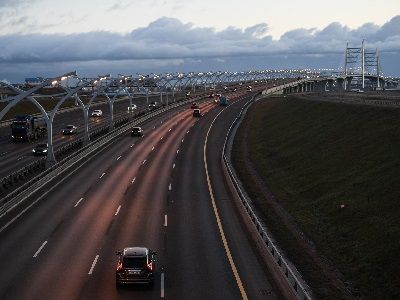 OREANDA-NEWS  Russian Prime Minister Dmitry Medvedev signed an order to allocate 12 billion rubles for the development of roads in 27 regions. The relevant document is published on the government website.

"Approve the enclosed distribution of other interbudget transfers on financial support of the road activity provided in 2018 to budgets of subjects of the Russian Federation within the main action "Assistance to development of highways of regional, intermunicipal and local value" of the state program of the Russian Federation "development of transport system", - it is said in the order.

It is specified that 8.1 billion rubles will be spent on the implementation of major projects in 14 regions, 2.9 billion rubles — on the development and bringing into the normative state of roads in nine regions.

In late September, transport Minister Eugene Dietrich said that a comprehensive plan for the development of the Russian backbone infrastructure requires an investment of 6.3 trillion rubles for six years. Including 3 trillion rubles will be private investment.

Earlier, Prime Minister of Russia Dmitry Medvedev signed a decree on the promotion of the regions that showed the highest growth rate of the economy. Grants will be given to those regions that have achieved the greatest economic potential by the end of 2017.