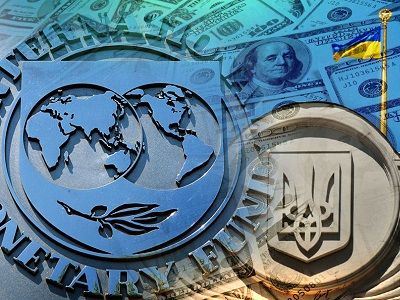 The IMF Has Put Forward 4 New Requirements to Ukraine

OREANDA-NEWS The International Monetary Fund has put forward four conditions for Ukraine to obtain a new loan. About it with reference to the sources reported the edition "Economic truth".

Now Kiev must once again raise gas prices by 23%, carry out anti-corruption reform, adopt a balanced budget and reorganize the state fiscal service.

It is noted that due to the inability to fulfill the requirements of the current program, Kiev is forced to negotiate with the Fund on a stand-by-loan for five to six billion dollars for a period of 12-15 months.

At the same time, the" Economic truth" indicates that the negotiations in the IMF have ceased to trust Ukraine, so it is likely that Kiev will be required to fulfill its obligations first.

The credit program stand-by has been operating since 1952, it was created to overcome crisis situations and solve problems with payments. Loans are usually granted for a period of 12 to 24 months, with a maximum duration of 36 months.

The four-year IMF financial assistance program provides for the allocation of 17.5 billion dollars to Ukraine. In March 2015, the first tranche of five billion dollars was transferred, in August of the same year — the second tranche of 1.7 billion. In September 2016, the Fund transferred the third tranche in the amount of a billion dollars, a similar tranche Kiev received in 2017. Ukrainian Authorities expected to receive the fifth until the end of 2017, but still have not received it.

Within the framework of cooperation with the International Monetary Fund in Ukraine was a repeated increase in the price of gas for the population, because of this, tariffs for housing and communal services grew. The cost of one thousand cubic meters of gas for the population from 725 hryvnia in 2013 increased to 6,879 thousand hryvnia (from 28 to 266 dollars) in 2016, or 9.5 times.