The Thriller “Ready or Not” Led Russian Box Office 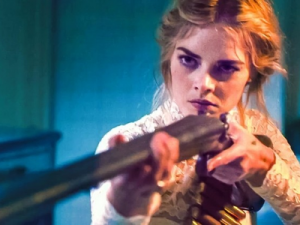 OREANDA-NEWS The American thriller “Ready or Not" led the Russian film distribution following the weekend. This is evidenced by the data portal "kinobusiness" for the period from August 29 to September 1.

The five leaders also included the horror film "Trap" that collected 30.6 million rubles over the weekend, and the action movie "Fast and the Furious: Hobbs and Show" that earned 23.2 million rubles.