Lukashenko Proposed to Change the Constitution of Belarus 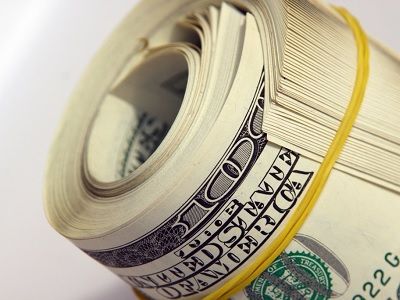 The US Will Allocate More Than $200 Million to Ukraine

OREANDA-NEWS  The United States intends to allocate $200 million for military assistance to Ukraine in 2020 fiscal year, which will begin on October, 1. This was stated on Tuesday, Lieutenant General Anthony Lerardi during a briefing on the budget request of the Pentagon.He was asked how much military assistance Washington intends to provide to Kiev in fiscal year 2020. "More than $200 million under this article [of the budget]," he said.

Assistant under Secretary of defense Elaine McCasker, dealing with financial issues, said that the Pentagon " together with the state Department is moving forward in the development of such initiatives."

The draft budget is a request to Congress, which refers to the priorities of the current us administration. The legislators of the house of representatives and Senate of Congress design and approve government spending themselves, after which the final document is signed or rejected by the head of state.

Last week, US General Curtis Skaparrotti, the commander-in-chief of the NATO Joint armed forces in Europe, said that the United States will in the future consider supplying Kiev with sniper weapons and weapons for the Ukrainian Navy.

In early March 2018, the Pentagon announced that Ukraine will receive Javelin anti-tank missile systems totaling $47 million, including 37 launchers and 210 anti-tank guided missiles to them. At the end of April 2018, it became known that Ukraine has already received these weapons. US special representative for Ukraine Kurt Volker assured that these weapons will not be used in Donbass.

Earlier, the President of Ukraine Petro Poroshenko in an interview with CNN said that Kiev would like to buy from the United States air defense system. In addition, the Ukrainian side was transferred to the military radar counter-battery system Q36, designed to detect and track artillery shots and missile launches.

In 2019, Washington pledged $ 250 million for the supply of military assistance to Ukraine, including defensive weapons of a lethal nature.