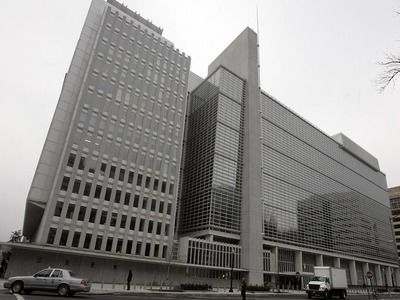 FinancesBanksState managementState finance
OREANDA-NEWS. National projects, including, in particular, investments in infrastructure, stimulate economic growth in Russia after 2022. Such forecasts are contained in the published World Bank (WB) January report, “Prospects for the Development of the World Economy”. This year the document is called "Low rates of economic growth, political problems".

"It's expected that in Russia, national projects involving, inter alia, investments in infrastructure and human capital, stimulate growth in a period beyond the forecast", the authors of the report indicate. They give their estimates until 2022 inclusive.

According to experts, in 2019 the economic growth rate of the Russian Federation amounted to 1.2% (the indicator has not changed compared to the June data). At the same time, the WB worsened its June forecast for 2020 by 0.2 percentage points to 1.6%. In 2021 and 2022, the GDP growth rate of the Russian Federation will be 1.8%.
Source: OREANDA-NEWS
Материалы по теме: