Lukashenko Did not Rule out Joint Construction of a Nuclear Power Plant in Egypt with Russia
Fuel and energy, 21.02.2020, 13:20 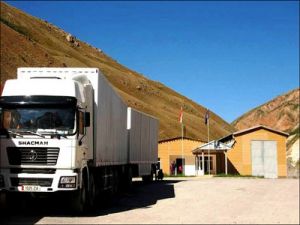 "We have been given the task of increasing trade with the Russian Federation to $ 10 billion in the coming years. This year we will achieve results - more than $ 6 billion, and possibly more than $ 7 billion. In this context, inter-regional cooperation is very important", he said. According to Nasriev, Uzbekistan intends to increase trade and develop new projects with the Republic of Tatarstan. He named the work of Tatneft in Uzbekistan, which opened several gas stations, as an example of fruitful cooperation.

The diplomat noted that Uzbekistan has identified the development of foreign economic relations as a priority in international activities. The Republic is interested in expanding trade, economic, investment and cultural cooperation with the regions of the Russian Federation. For this, additional consular offices were opened in Russia