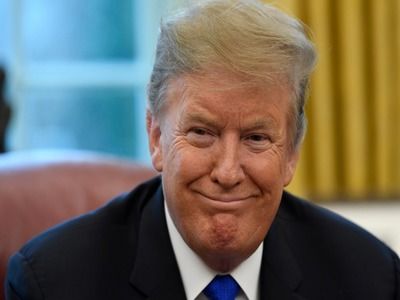 FinancesCurrency marketInterstate relationsMinistries and departments
OREANDA-NEWS. US President Donald Trump called on Monday a "serious violation" of the decision of the People’s Bank of China (Central Bank) to lower the renminbi rate (the official name of the Chinese currency) by 229 basis points, to the level of 6.9225 yuan per dollar. The corresponding message the American leader posted on Twitter.

Trump claims that China has lowered the RMB exchange rate "to an almost historic low". The weakening of the yuan against the US currency lasts for the third working day in a row, however, for the first time since December last year, the exchange rate dropped to 6.9. The US president also once again accused Beijing of "currency manipulation". "This is a serious violation that will weaken China significantly over time!" - claimed the American leader.

As Minsheng Bank employee Dong Wensin noted, quoted on Monday by the Tonhuashunzaijing financial portal, "the dynamics of the dollar index, as well as changes in the external economic environment, are still key factors affecting fluctuations in the renminbi exchange rate". Experts also note that it is too early to talk about the devaluation of the renminbi in the long run. According to the portal, on the one hand, Sino-US trade and economic friction hasn't shown itself to the end yet, on the other hand, the growth of key indicators of the Chinese economy will ensure the stability of the national currency.

Earlier, US President Donald Trump announced a delay in raising US duties on Chinese goods. He wrote about this on his page on Twitter. The American leader explained his decision with “substantial progress” in trade negotiations with China. In particular, the parties, he said, managed to find common ground "on important structural issues, including the issue of protecting intellectual property, technology transfer, as well as on agriculture, services, currency and others". So, Trump called the dialogue "very productive".