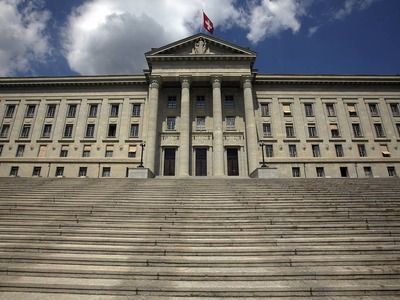 FinancesOilJusticeEvents
OREANDA-NEWS. Switzerland’s Supreme Court rejected Russia’s cancellation of the arbitral award on Ukrnafta’s lawsuit to recover more than $ 44 million in compensation for investments lost in Crimea. This was reported on Wednesday by the press service of the Ukrainian company.

"The arbitral award on compensation for the expropriation of investments in the Crimea remains in force - the Swiss Supreme Court rejected the Russian Federation for the second time. By a decision of December 12, 2019, the Swiss Supreme Court dismissed the statement of the Russian Federation on the cancellation of the international arbitral award in favor of Ukrnaft, the message says.

The company said that in addition to $ 44.4 million in the lawsuit, the decision on which was originally taken on April 12, 2019, the court also ordered Russia to pay more than $ 150 thousand in legal costs. In addition, it's emphasized that this court decision is final.

Earlier, Ukrnaft reported that, on the basis of an intergovernmental agreement between Ukraine and Russia on mutual protection of investments, they went to court, because after the events of 2014 in the Crimea, the company lost its ownership of 16 gas stations and a number of administrative premises on the peninsula.
Source: OREANDA-NEWS
Материалы по теме:

The Wife of a Mexican Drug Lord was Detained in the Virginia, USA