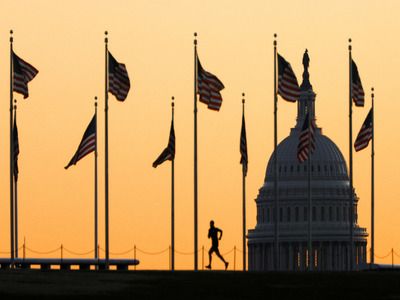 US Congressmen Approve $ 8 Billion to Fight Against Coronavirus

FinancesPublic healthMinistries and departmentsState finance
OREANDA-NEWS. U.S. House of Representatives The lower house of Congress approved a bill that provides for the allocation of $ 8.3 billion to fight against coronavirus. This is reported by the American media. 415 congressmen voted for the bill, only two spoke out against. The document was sent to the Senate for consideration. The upper house of Congress is expected to approve the initiative by the end of the week.

The White House previously requested $ 2.5 billion in measures to combat the spread of coronavirus. At the same time, US President Donald Trump said that he wouldn't mind if more funds were allocated by Congress for these purposes.

White House spokeswoman Rachel Sammel noted that about $ 1 billion of the funds requested by the Trump administration will be used to accelerate vaccine development, laboratory tests, increase the effectiveness of disease control measures and purchase the necessary equipment.
Source: OREANDA-NEWS
Материалы по теме: