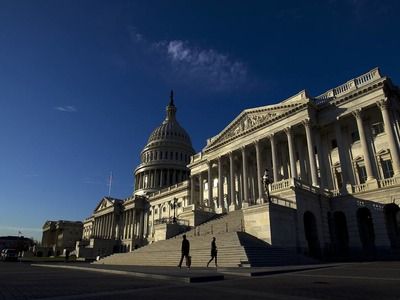 US House of Representatives Approves $ 250 Million Military Assistance to Ukraine

FinancesInterstate relationsState financeMinistries and departments
OREANDA-NEWS. The US House of Representatives on Thursday approved the allocation of $ 250 million for military assistance to Ukraine. The corresponding item is spelled out in the bill approved by Congressmen on temporary financing of the federal government until November 21.

The document said that the allocation of funds for military assistance to Ukraine will continue in the next fiscal year, which begins in the United States on October 1. The program of allocating funds for military assistance to Kiev, if it isn't extended by lawmakers, may end on September 30. Democrats in control of the House of Representatives feared that U.S. President Donald Trump might revise or cut this item.

Congressional-controlled Senate Congress is expected to consider the bill next week. Discrepancies between the two parties on financing issues may slow down its adoption, but experts are inclined to believe that the senators will nevertheless approve the document, and eventually it will hit the Trump table.

Last week, a senior American administration official told the Russian media that the United States had restored all military assistance to Ukraine, both through the Department of State and the Pentagon. It's at least about $ 250 million from the Pentagon, which were previously frozen during the audit of the respective funds. In addition, according to Clark Cooper, US Assistant Secretary of State for Political Affairs, answering questions from a Russian media correspondent at a meeting with reporters, another $ 140 million will be allocated from the foreign affairs agency.

In late August, an American newspaper reported that the US president had ordered a review of military assistance to Ukraine. As the newspaper noted, the president wants to make sure that this money is used in the best way from the point of view of the interests of the United States. At the time of the audit, these funds were frozen. According to the US Department of Defense, the amount of military assistance provided by Washington to Kiev since 2014 amounted to $ 1.5 billion.