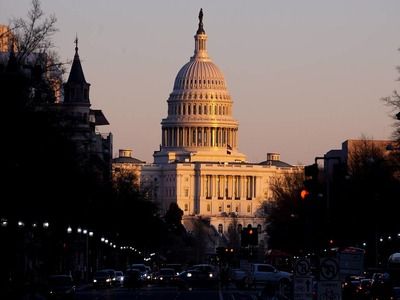 FinancesState financeState services to societyBanks
OREANDA-NEWS. The US Senate on March 25 approved a package of economic stimulus measures aimed at overcoming the consequences of the spread of coronavirus in the amount of $ 2 trillion. The document received 90 votes with the required 60; the broadcast of the meeting is on the website of the upper house of Congress.

On Friday, the House of Representatives should vote for the package of measures, after which the initiative should be approved by the head of the White House, Donald Trump. The president said Wednesday at a briefing that he would sign the bill. The document provides for the payment of unemployment benefits, assistance to hospitals, promotion of business and entire industries. In addition, US citizens will be able to receive lump sum payments of about $ 1.2 thousand per person.

As Trump noted, the bill, in particular, provides for paid sick leave. According to the leader of the Democratic minority in the Senate, Chuck Schumer (New York), the help won't affect Trump companies, any other officials.
Source: OREANDA-NEWS
Другие новости: