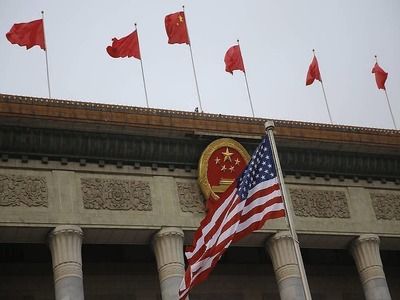 USA Excludes China from the List of Currency Manipulators

FinancesState financeInternational activitiesMinistries and departments
OREANDA-NEWS. The United States decided to remove China from the list of currency manipulators. This is stated in the semi-annual report of the Ministry of Finance on macroeconomics and monetary policy of the country's trading partners, circulated on Monday. An exception to the list was made in anticipation of the signing of the first phase of the trade deal between Washington and Beijing.

"The Ministry conducted an analysis of the development of China's monetary policy over the past seven months. Although the monetary policy of ten countries requires close attention, none of the main trading partners violates the relevant legislative criteria for currency manipulations in 1988 and 2015", the text says. “The Ministry of Finance helped to secure an agreement on the first phase with China, which will lead to greater economic growth and opportunities for American business. "According to the agency, China decided to “refrain from competitive devaluation, while at the same time ensuring transparency and accountability”.

On August 5, 2019, the US Department of the Treasury ranked China as a currency manipulator and demanded a "transparent monetary policy" from Beijing. The Central Bank of China then said that Washington’s decision is unreasonable and will negatively affect the restoration of the global economy and the global financial system.
Source: OREANDA-NEWS
Материалы по теме: