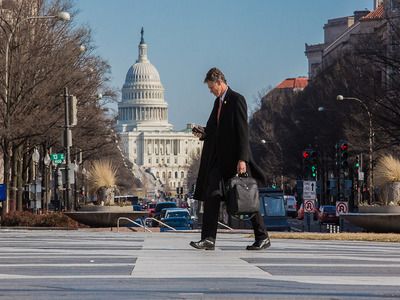 VEB Revealed Details of Strategy in the US Amid Sanctions

FinancesMinistries and departmentsBanksState finance
OREANDA-NEWS. The VEB.RF Development Institute attracted an influential Republican, former Congressman John Sweeney, to officially lobby for interests in America, follows from the disclosure of information in the US Department of Justice database, implemented by VEB under the FARA law (on registration of foreign agents).

The contract was concluded in August, the parties were the International Center for Legal Protection (ICLP), acting on behalf of VEB.RF, and Sweeney, who met in the US House of Representatives from 1999 to 2007. ICLM, a non-profit organization, before that was known exclusively as the coordinator of the legal and PR defense of Russia in the international affairs of Yukos.

The rate of the former congressman is $ 62.5 thousand per month (almost 4 million rubles), the contract is designed for a year, by the end of July 2020. The general director of the ICCP, Andrei Kondakov, confirmed to the Russian media that the Center acts as an agent of VEB under this contract, declining to comment further. In July of this year, the Russian state corporation signed a similar contract with the law firm White & Case. The tasks of both law firms and Sweeney include meetings with US government officials on “potential new sanctions” that could affect VEB’s activities.

Sweeney pledged to provide legal services in VEB’s interests, which “could include potential meetings with US government officials on potential new sanctions (namely, new rather than existing) that could affect VEB.RF’s activities”, follows from his letter to ICLP. VEB has been under US sectoral sanctions since 2014 and cannot attract debt financing from Americans for more than 14 days. It's important to convey to American partners that VEB isn't a “state bank”, as it's erroneously characterized, including in US sanctions documents.
Source: OREANDA-NEWS
Подписывайтесь на наши группы: Instagram | VK | Facebook | Twitter
Rate this article:
Print