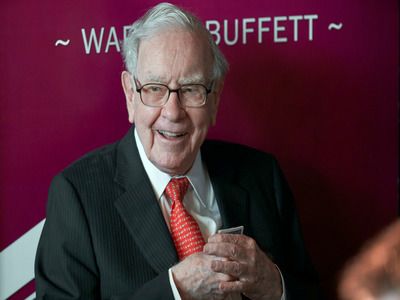 Warren Buffett Named the Best Business in the World

FinancesStock marketFinance accounting and auditFinancial intermediation
OREANDA-NEWS. Billionaire and Berkshire Hathaway CEO Warren Buffett, in an interview with CNBC, described Apple as "perhaps the best business in the world" he had ever seen. According to him, he perceives this company not just as shares owned by Berkshire Hathaway (approximately 5.5%), but as his own business. “This is an incredible company. I should have appreciated it before”, he said.

The investor admitted that he recently changed his Samsung smartphone to the latest version of the iPhone. Buffett noted that recently he was presented with several smartphones, one of which was from Apple CEO Tim Cook. At the same time, the billionaire said that he does not use all the features of the gadget, like most people, but most often only calls it.

Commenting on the outbreak of a new type of coronavirus in China, Buffett said that it should not affect investor portfolio decisions. “I don't think that this should affect what you do with stocks, but from the point of view of the human race this is a terrible thing”, he said. Speaking about the effect of the virus on Berkshire Hathaway, the billionaire said that what should happen should not affect the company.
Source: OREANDA-NEWS
Материалы по теме: