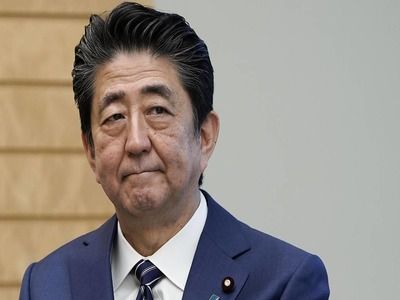 Abe Said That Olympics May Be Delayed

Physical activityEventsInternational activitiesSport
OREANDA-NEWS. The option to postpone the holding of the Tokyo Summer Olympics is possible if it's impossible to conduct competitions in the usual format. This was announced on Monday by Japanese Prime Minister Shinzo Abe, speaking in parliament.

"The position of the International Olympic Committee (IOC) is in line with the course for the Olympics in the full format, which I spoke about. If this isn't possible, then we will need to decide on a postponement, based on the fact that we should first think about athletes", he said. Abe also emphasized that the decision on the Olympics is made by the IOC, and at this stage the question of canceling the Games is not on the agenda.

Earlier, the IOC circulated a letter from the head of the organization, Thomas Bach, which notes that the decision regarding the possibility of holding the Summer Olympic Games in Tokyo will be made within four weeks, taking into account the situation with the spread of coronavirus.

Bach also noted that the abolition of the Games will not solve a single problem, therefore, isn't on the agenda now. Prior to this, the IOC and the Japanese authorities took a consistent position, declaring that the Games will take place on time. The Olympics should be held from July 24 to August 9.
Source: OREANDA-NEWS
Другие новости: