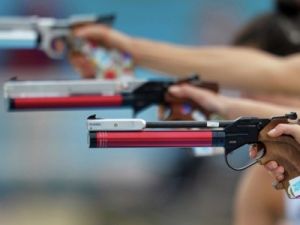 OREANDA-NEWS. The Executive Committee of the International University Sports Federation (FISU) chose Yekaterinburg for the World Summer Universiade 2023.  This decision was made on the executive committee of FISU, which takes place in the Italian Naples.

Russian application was the only one in the competition.  But even so, the delegation prepared for the presentation seriously.  The Minister of Sport of Russia Pavel Kolobkov, the governor of the Sverdlovsk region Yevgeny Kuyvashev, the rector of the Ural Federal University (UFU) Viktor Koksharov and the head of the Russian Sports Student Union Sergey Seyranov arrived in Naples.

Yekaterinburg has become the fourth city in Russia after Moscow, Kazan and Krasnoyarsk, which will host the main student sport festival.  The Universiade is a kind of equivalent of the Olympic Games, only for students of colleges and universities.  In the capital of the Urals, more than 200 thousand visitors from 150 countries are waiting, for them they are not just considering a sports program.