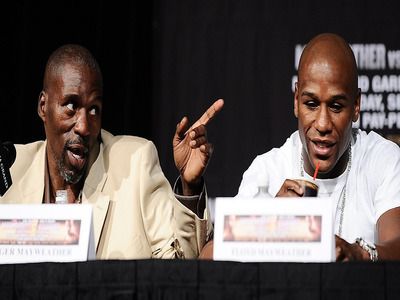 Physical activitySportIncidentsInternational activities
OREANDA-NEWS. Former boxing world champion among professionals in two weight categories, American Roger Mayweather died at the age of 58. This is reported by some American media.

According to the Los Angeles Times, in recent years, Floyd Mayweather’s uncle and trainer for ex-world boxing champion in five weight categories has been treated for several diseases, including diabetes. Roger Mayweather's professional career lasted from 1981 to 1999. In total, he held 72 fights in the ring, won 59 victories and suffered 13 defeats.

From 1983 to 1984, the American owned the WBA champion featherweight title. From 1987 to 1989, he was the WBC World Welterweight Champion. Former Russian boxing world champion Konstantin Tszyu said he respected Roger Mayweather as a rival and as an athlete. In 1995, Tszyu defeated Mayweather in a duel for the world welterweight title.