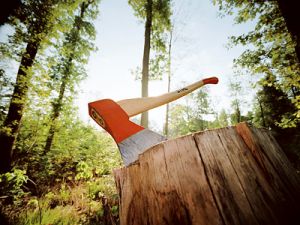 OREANDA-NEWS. In the Vyborg district of St. Petersburg in Murinsky Park began cutting down trees.  According to eyewitnesses, the works are being carried out in a part of the park, where the Anna Nova company will build the second stage of the Nova Arena sports complex.

The construction site was surrounded by a fence and posted information about the upcoming logging.  The ax is waiting for 171 trees, and although the residents of the Kalininsky district were promised that the trees would be transported to another place, this will probably not happen.

Local residents collected signatures to protect the park, but later it turned out that a building permit had already been received.

In carrying out the work, the organizers have tried to take into account the interests of all categories of citizens: the vegetation on the land plot will be maximally preserved.

The representative of the developer also told about tree cutting.  He said that the company acts for the benefit of, ostensibly protecting the birch grove from the elm disease, which affects elms.