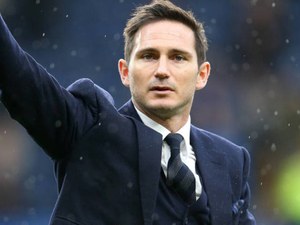 Physical activityPhysical culture and recreationSport
OREANDA-NEWS.Frank Lampard appointed as Chelsea Head Coach in London. The contract withhim is announced for three years, and the owner of the team, Roman Abramovich, has already promised not to dismiss the novice specialist for the first two seasons, whatever the results would be.

It is reported that the contract was signed for three years. This is quite a generous gesture by the club management, led by its owner Roman Abramovich, towards the novice specialist.

Recall, Lampard spent so far only one year as a coach - in the season 2018/19 he was a mentor of the team "Derby County" from England's second-best division - the Championship.
Source: OREANDA-NEWS
Поделиться в соцсетях:
Подписаться на наши группы: Instagram | VK | Facebook | Twitter
Rate this article: