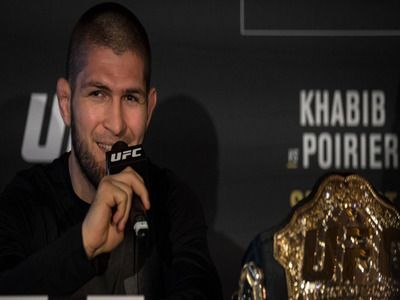 International activitiesPhysical activitySportEvents
OREANDA-NEWS. Mixed martial artist, UFC lightweight champion Khabib Nurmagomedov believes that Russian athletes should take part in the Olympics, despite the sanctions imposed by the World Anti-Doping Agency (WADA). The athlete expressed such an opinion during a trip to Kazakhstan, the Russian newspaper reported.

Nurmagomedov said that the athletes “spent on training” a lot of energy. In his opinion, there is "WADA intervention at the political level." “But athletes should go to the Olympics, this is my opinion”, the fighter said.

On December 9, the WADA Executive Committee approved the recommendations of the organization’s compliance committee. Russian athletes were suspended from participation in major tournaments for four years. “Clean” athletes will be able to perform under a neutral flag. The Russian Anti-Doping Agency (RUSADA) is denied status. Because of this, the country will not be able to qualify for international competitions. The reasons for the sanctions are manipulations with the data of the Moscow Anti-Doping Laboratory.
Source: OREANDA-NEWS
Материалы по теме:

The Russian Anti-Doping Agency will not Appeal the Decision of the International Court of Arbitration for SportOreanda.ru | 25.01.2021 13:27:15