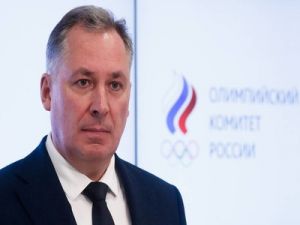 OREANDA-NEWS. The Executive Committee of the Russian Olympic Committee approved the decision on the participation of the organization by a third party in the process of the Court of Arbitration for Sport (CAS) in the case of sanctions by the World Anti-Doping Agency (WADA) against Russian sports. This was reported to journalists by the head of the ROC, Stanislav Pozdnyakov, following a meeting of the executive committee of the organization.

On December 19, the supervisory board of the Russian Anti-Doping Agency (RUSADA) recommended that the founders' council disagree with WADA sanctions. The Board of Founders, which includes the Russian Olympic and Paralympic Committees, will send a decision on disagreement to WADA by December 30, which will file a notice of the dispute to CAS.

"WADA will be forced to go to the arbitration court as a plaintiff, RUSADA will be a defendant, nevertheless there is an opportunity for third parties to participate. The ROC Executive Committee decided to participate in this process as a third party, in terms of violating the Olympic Charter and the interests of the ROC", Pozdnyakov said.