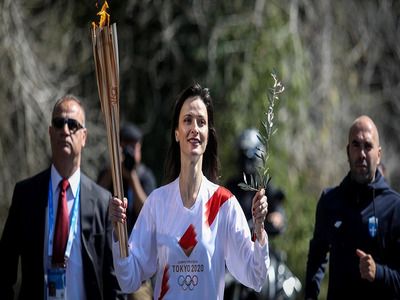 Physical activityTVEventsSport
OREANDA-NEWS. In Greece, the Olympic flame transfer ceremony was held to the organizing committee of the 2020 Games in Tokyo. Its live broadcast was broadcast by Greek public television.

The ceremony was held at the Panathinaikos stadium in Athens, where the first Olympic Games in modern history were held in 1896. Due to the coronavirus pandemic, it passed without spectators and journalists. Greek athletes pole vaulter Catherine Stefanidi and gymnast Eleftherios Petrunis, who won the 2016 Games in Rio de Janeiro, lit a torch relay from the altar in the arena.

Three-time Olympic wrestling champion Yoshida Saori and three-time Olympic judo champion Nomura Tadahiro, who were supposed to take the baton, refused to travel to Greece. It was originally planned that they would bring fire to Japan.
Source: OREANDA-NEWS
Материалы по теме: