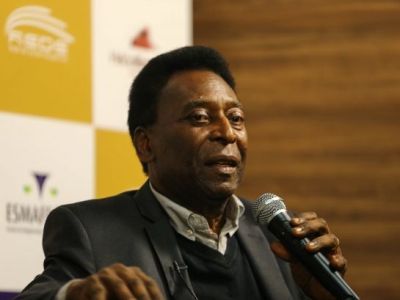 Pele Named the Best Football Player of Our Time

OREANDA-NEWS. The sports newspaper A Bola reports that three-time world football champion, legendary Brazilian striker Pele considers the Portuguese forward Cristiano Ronaldo to be the best player in modern football. In his opinion, he is the most stable among others.

However, Pele noted that we should not also forget about Argentine footballer Lionel Messi.

Answering a question about the best player in history, Pele indicated his compatriots Zico, Ronaldinho and Ronaldo, as well as Dutch Johan Cruyff and German Franz Beckenbauer.

“But I think Pele was better than all of them. Why? Because they all were compared to me,” the 79-year-old Brazilian concluded.
Source: OREANDA-NEWS
Другие новости: