According to the Political Scientist, Trump Realized That He Had Lost 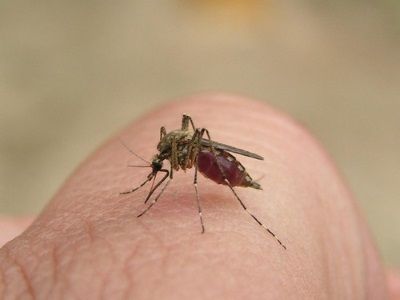 Rospotrebnadzor Spoke about Dangerous Mosquitoes in the Kuban

OREANDA-NEWS. The number of mosquitoes in the Kuban region increased due to cool and wet summer, however, new types of insects that carry viruses, and disease outbreaks due to them is not fixed. About it reported in a press-service of management of Rospotrebnadzora across Krasnodar territory.

Previously, the newspaper "Izvestia" reported that the people of Russia are threatening deadly tropical diseases due to changes in the population of mosquitoes in the South of the country. The article said that the dangerous insects from Egypt and South-East Asia — borne viruses dengue, chikungunya, zika and yellow fever — was widespread along the black sea coast and in Crimea.

The Ministry stressed that the geophysical situation in the region "is such that it prevents spread of many infections."

"If in other countries, the mosquitoes bite and infect, we have not the situation in the region," — said in Rospotrebnadzor.