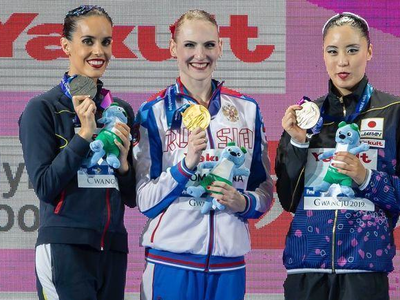 Svetlana Romashina at the 2019 World Aquatics Championships became the 20-time world champion. She scored 97.1333 points. The second place was taken by the Spaniard Ona Carbonel (94,5667). The top three was closed by the representative of Japan Yukiko Inui (93,2000).

Recall that Russia continues to be in second place medal standings of the 2019 World Cup in aquatic species.
Source: OREANDA-NEWS
Другие новости: