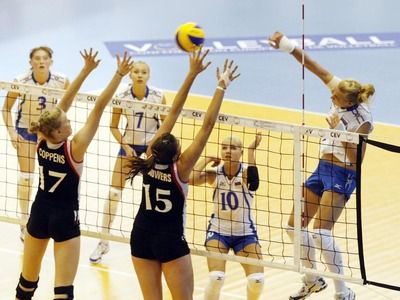 Russian Volleyball Players Won a Ticket to the Olympic Games 2020

OREANDA-NEWS  The Russian team won the qualifying tournament for the Olympics in Kaliningrad, defeating the South Korean team in a decisive match with a score of 3-2, losing 0-2 in the game. Goncharova became the most productive among the Russians, gaining 20 points.

“I don’t remember how we lost in the third installment 18:22. We just in the third set told each other that if we lose 0-3, it will be a complete disgrace. We can’t play like that in the Russian team, and we got together ", - she said.

“In the first two games, we were nervous, made a lot of mistakes, I personally didn’t succeed. But the most important thing is that we got together and won the third and fourth games. And the fifth is always 50/50. You can lose it, but you can win too, and we played better, "Goncharova added.