The Ministry of Health Listed the Most Frequent Complications From Coronavirus 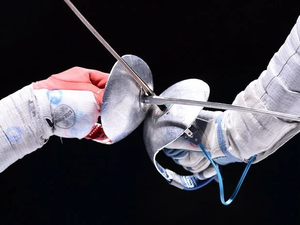 Russian Women Win at the Universiade

Physical activityPhysical culture and recreationSport
OREANDA-NEWS The Russian women's national team in fencing with swords won the first place in the team tournament at the Summer Universiade 2019 in Naples, Italy.

The Russian team consisting of Anna Koroleva, Darya Martynyuk, Maria Obraztsova and Evgenia Zharkova in the finals of the competition defeated the Italian team with a score of 45:40.

The Polish team won the team of France with a score of 45:43.

Earlier it was reported that the gymnast Perebinosova won bronze at the Universiade-2019.