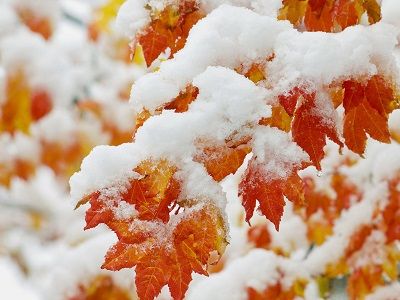 The First Snow Drifts Will Appear this Week in Russia

OREANDA-NEWS Already this week may form a snow cover in some regions of Russia. This statement was made by the head of the Department of short-term weather forecasts of the hydrometeorological center Alexander Golubev.

According to this information, at the beginning of this week in the Yaroslavl region, in the Perm region and in the South of the Republic of Komi heavy rains are expected. Also, adverse weather will overtake residents of Novosibirsk, Tomsk regions, Altai Krai and Tatarstan.

"It will be rainy and windy in Tatarstan. Unstable weather with rain and gusty wind is expected in the Novosibirsk and Tomsk regions, as well as in the Altai region", - said Alexander Golubev.

In the Central regions, it will be rainy and windy only on Monday, October 8, and then the air temperature will begin to rise. In the North-West Federal district is still cool, above 10 degrees Celsius, no precipitation.

In the North of the Volga under the influence of cyclone rains are expected. Thermometers will not rise above 12 degrees at the beginning of the week, but in the South of the district will be warmer by a few degrees. In the southern and North Caucasus districts, the air temperature can sometimes rise to 25 degrees, precipitation is not expected.

As for the first snowdrifts, it is expected to rain with snow in the beginning of the week in the Urals, Northern Siberia and Taimyr. In Transbaikalia, there is also a worsening of the weather-in some places a temporary snow cover will be formed. Snowfall is also possible in the North of Yakutia, where the wind will reach 24 meters per second.

In the capital region will once again return to summer. The next week in Moscow promises to be warm. Only on Monday in some places in the city will be a short rain, Tuesday will be dry, and the thermometer will crawl up. This weather will last until next weekend.