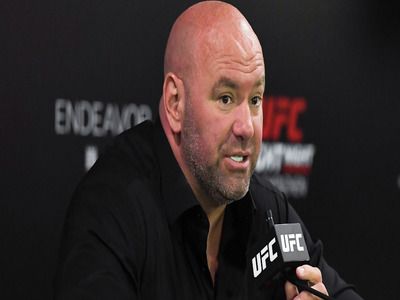 Physical activitySportEventsInternational activities
OREANDA-NEWS. UFC President Dana White said in an interview with American media journalist Aaron Bronsteter that against the backdrop of a rapidly developing pandemic, he can't be sure of the possibility of a fight between Khabib Nurmagomedov and Tony Ferguson. Recall that in case of cancellation, the fight will be postponed for the fifth time.

“Listen, ten days ago I could give you an exact answer. But now I don’t know anything. I am under wild pressure from the very beginning and still. So my answer is: I do not know. I can’t give you a more specific answer”, said White, answering a question about holding the UFC 249 tournament.

The duel between Nurmagomedov and Ferguson was to be held in Brooklyn on April 18. The Russian is the UFC lightweight champion. Nurmagomedov’s belt was won in a fight against Al Yakvinta, and he defended twice in a PPV record against Conor McGregor and in the UFC 242 tournament against Dustin Porrier. Both battles ended in victory by methods of struggle: the Irishman was defeated in pain, and the American was stifled.
Source: OREANDA-NEWS
Материалы по теме: