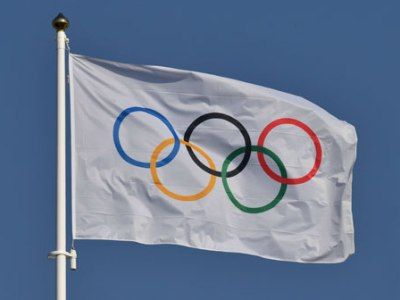 OREANDA-NEWS. Georgy Vilinbakhov, the head of the Heraldic Council under the President of the Russian Federation, said that athletes from Russia can take part in significant international competitions under a special Olympic flag.

According to him, depriving a sportsman of the opportunity to see the flag of his country and hear its anthem at major competitions means to strike “a blow to prestige and self-respect.”

“We are ready to provide professional assistance in this sphere if the Russian Olympic flag were officially approved. Why can’t we have an Olympic flag that could be held together with or without the state flag, a flag designating the team of our state, not an international flag with five rings?” Vilinbakhov said. “There are flags of the Navy, a customs flag, flags of sports clubs, in the same way we may have the Olympic flag of the Russian team” he added.

The head of the Heraldic Council believes that a black double-headed eagle on a white background can be depicted on the new flag for Russian athletes. Exactly the same picture was depicted on sportswear of the first Olympians of the times of the Russian Empire.

Earlier, the Executive Committee of the World Anti-Doping Council (WADA) decided to impose a number of sanctions to Russian athletes, in particular deprive them of the opportunity to compete at the Olympic Games and world championships under the flag of the Russian Federation for four years. In accordance with the sanctions, holding of large international tournaments is also prohibited in Russia.
Source: OREANDA-NEWS
Материалы по теме: