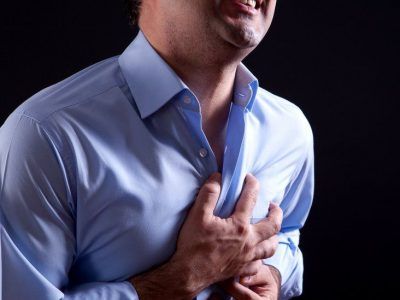 The Main Sign of a Heart Attack is Named

OREANDA-NEWS. Overweight recorded in adolescence in men increases the risk of myocardial infarction under the age of 65, a study by Swedish scientists showed.

At the congress of the European Society of Cardiology in Paris, Dr. Maria Aberg from the University of Gothenburg of Sweden presented her research, in which she spoke about a clear sign of an imminent heart attack.

About 1.7 million Swedish boys born from 1950 to 1987 took part in her experiment.  At 18, they underwent extensive physical and psychological examinations: they measured body mass index (BMI), blood pressure, IQ, and indicators of the cardiovascular system.  The participants in the experiment were also observed from 1969 to 2016.  During this period, 22.4 thousand myocardial infarctions were recorded.  Most often, an attack overtook men at the age of 50.

Maria Aberg noted that since only men were included in the study, the results cannot be extrapolated to women.  The discovery of a link between adolescent BMI and heart attack in adulthood confirms previous findings from a heart failure study.  As the prevalence of overweight and obesity among young people continues to increase, accordingly, higher rates of heart attacks and strokes in the future can be expected.