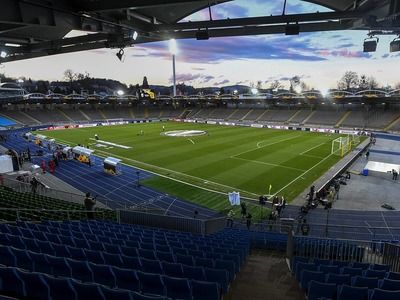 UEFA Postponed All Matches of European Cups Next Week

Physical activitySportPublic healthInternational activities
OREANDA-NEWS. The Union of European Football Associations (UEFA) postponed all the matches of the Champions League and the Europa League, which were to be held next week, for an indefinite period due to coronavirus. This was reported by the press service of the organization.

“In light of the events with the spread of coronavirus in Europe and related decisions of various governments, all matches of UEFA club competitions scheduled for next week are postponed. This includes the remaining matches of the Champions League 1/8 finals (“Real” - “Manchester City”, “Barcelona” - “Napoli”, “Juventus” - “Lyon”, “Bavaria” - “Chelsea”), scheduled for March 17 and 18, all matches of the Europa League 1/8 finals (March 19), all matches 1 / 4 finals of the UEFA Youth League (March 17 and 18)", the statement said.

Due to the transfer, the dates of the quarter-finals of the Champions League and the Europa League will be changed. To date, according to the European Center for Disease Control and Prevention, more than 22 thousand cases of infection with a new coronavirus have been recorded in EU countries, 943 people have died.
Source: OREANDA-NEWS
Материалы по теме:

The Russian Anti-Doping Agency will not Appeal the Decision of the International Court of Arbitration for SportOreanda.ru | 25.01.2021 13:27:15