6 Million Jobs May Disappear in Russia in Ten Years 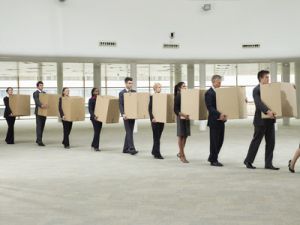 OREANDA-NEWS Due to the development of robotization in Russia, up to 6 million jobs may disappear in 10 years. Robots can automate 90% of people's work, says Kirill Varlamov, director of the Internet Initiatives Development Fund. The words of the expert lead RIA-News.

The professions of lawyers, accountants, personnel personnel disappear partially or completely. "There will be people who are involved in the organization, planning, control of robots, but the technical documentation itself will disappear," the expert explained.

With respect to 25 million jobs, employers, due to robotization and digitalization, can change personnel requirements. Kirill Varlamov compared this process with the “actual disappearance of these jobs”.

Computer services may come to the place of the released labor force. People will need retraining to become competitive.