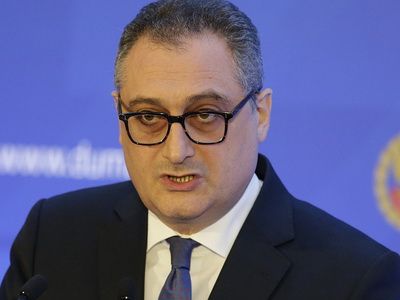 Moscow and Delhi coordinate positions on Syria and Afghanistan

OREANDA-NEWS. Moscow and Delhi are coordinating their positions on complicated international issues, such as Afghanistan and Syria, Russian Deputy Foreign Minister Igor Morgulov said at the international conference dubbed "Russia and India: strategic vision of bilateral relations and the changing world order."

"We are actively and successfully cooperating in various multilateral mechanisms. We are coordinating our positions on complicated issues, such as Afghanistan, and on the problems of the Middle East and North Africa, including the situation in Syria," he stressed.

Morgulov reiterated that the first meeting of the SCO - Afghanistan Contact Group was held on Wednesday. "Our Indian counterparts took part in the Moscow event for the first time," he said.

Russia and India are actively cooperating in construction of inclusive and open security architecture in the Asia-Pacific Region, the Russian deputy foreign minister said.