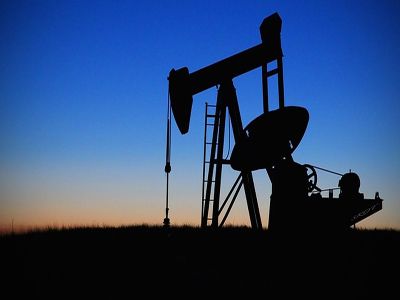 The event, a high-level policy gathering, provided the opportunity for valuable interactions among oil and energy ministers, major oil companies, leading international organizations in the field of energy, as well as prominent policymaking officials.

The Forum, under the title of ‘The Geopolitics of the Energy Transformation’, focused on three key themes: emerging energy market trends in a geopolitical context; the implications of the United States elections for global energy and climate policies; and the breakthrough in energy technologies – the next revolution.

HE Barkindo participated in a panel session on the first day of the Forum titled ‘Oil Market Trajectories: Long-term Investment and Technology Risks’.

Moderated by John Defterios, Emerging Markets Editor, CNNMoney, the session also included two OPEC Ministers, HE Jabbar Ali Hussein Al-Luiebi, Minister of Oil of Iraq and HE Issam A. Almarzooq, the recently appointed Minister of Oil and Minister of Electricity and Water of Kuwait and Chairman of the Board of the Kuwait Petroleum Corporation (KPC).

Speaking on OPEC’s recent historic oil agreement with a group of non-OPEC oil producers, which involves reducing crude production by around 1.8 million barrels/day from 1 January 2017 for the first six months of the year, HE Barkindo said he remained very confident of its full and timely implementation by all participating countries.

The 24 OPEC and non-OPEC producers signed up to the unprecedented ‘Declaration of Cooperation’ in Vienna, Austria on 10 December, 2016. The landmark accord is looking to reduce the stock overhang and speed up the rebalancing of the oil market.

"The level of commitment from both sides ... is unparalleled," professed the OPEC Secretary General, adding that as a result of the agreement, global oil inventories will start to fall by the second quarter of the year.

The OPEC Secretary General noted that, as per the agreement, crude-producing countries will decide in May whether to extend their collective output adjustments beyond the first half of the year.

“We have our target in accelerating the drawdown in stocks - to bring them closer to the five-year level,” he told reporters on Thursday on the sidelines of the Forum.

The OPEC Secretary General pointed out that global macroeconomic numbers have responded “positively” to the OPEC/non-OPEC agreement, which is aimed at ending a worldwide supply glut that has destabilized the international oil market since the summer of 2014.

As well as Iraq and Kuwait, the Oil and Energy Ministers of fellow OPEC Member Countries Algeria, Qatar, Saudi Arabia and the UAE also participated in the Forum. They in turn provided detailed accounts on the success of the ‘Declaration of Cooperation’, stating that it is aimed at restoring stability to the markets in a sustainable manner.

The Forum enabled the OPEC Ministers and the OPEC Secretary General to hold informal talks to discuss the oil market response to the recent decisions taken in the Austrian capital. They also discussed the upcoming first meeting of the Joint Ministerial Monitoring Committee (JMMC), which will take place at the OPEC Secretariat on 22 January 2017. Set up by the OPEC/non-OPEC Meeting, this Committee is tasked with overseeing compliance to the agreement.

Besides attending the official opening of the Forum, HE Barkindo actively participated in several other sessions in the UAE capital, sharing his views on many topics.

On the second day of the Forum, he spoke at a session titled ‘Post-Elections US Climate and Energy Policies,’ hosted by Maya Raydan, Business Presenter, Sky News Arabia.

In this session, HE Barkindo talked a lot about climate change, especially stressing that following the ‘Paris Agreement’ - “the unique situation of developing countries, in particular, should be given the priority it deserves.”

In addition, the OPEC Secretary General spoke at the Leaders’ Council Closing Reception and Dinner on: Geopolitical Repercussions of the Energy Transition, where he spoke about the transition away from energy poverty and towards increased access to affordable, reliable, sustainable and modern energy for all - something that OPEC has always supported.

The Global Energy Forum, held under the patronage of His Highness Sheikh Mohammed Bin Zayed Al Nahyan, Crown Prince of Abu Dhabi and Deputy Supreme Commander of the UAE Armed Forces, is part of Abu Dhabi Sustainability Week, an initiative by the Abu Dhabi Government. Hosted by Masdar, it is aimed at encouraging dialogue and action to address some of the globe’s most pressing sustainable development challenges.