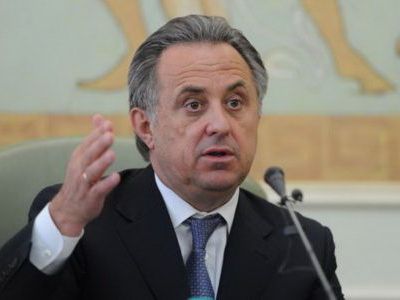 State
OREANDA-NEWS. Statement by Vitaly Mutko at a meeting with deputy prime ministers.

Excerpt from the transcript:

Dmitry Medvedev: There will be another important event this year, the 2017 FIFA Confederations Cup that will act as a rehearsal for the 2018 FIFA World Cup. It will take place this summer with Sochi, Kazan, St Petersburg and Moscow hosting the matches at the same stadiums that will host 2018 FIFA World Cup games one year later.

Test matches are scheduled to take place in March. Mr Mutko (addressing Vitaly Mutko), could you please report to what degree are the stadiums ready to host the competition.

Vitaly Mutko: This year Russia hosts the 2017 FIFA Confederations Cup, in which the holders of each of the six continental championships will compete.

Four cities will host the matches: Moscow, Sochi, St Petersburg and Kazan. The stadium in Kazan is completely ready. It already hosts matches of the Russian football championship. The St Petersburg stadium has been accepted for operation. In April, the first test matches will be played there, and in late February it will be presented to FIFA.

There are no serious questions about the Confederations Cup from FIFA. It will send another delegation to visit all four cities in late February.

We expect the Sochi stadium to be completed in February. The only outstanding issues there are related to adaptation, I mean temporary seating. This work will be competed in February. This is to say that all four cities are ready.

Representatives of almost all participating teams have already come to Russia. They have chosen their training bases and accommodations.

The draw for the final stage of the 2018 FIFA World Cup will be held on 1 December. We have suggested the State Kremlin Palace as the venue for the draw, and it suited FIFA.

The World Cup will be held at 12 stadiums in 11 cities. We expect the Luzhniki stadium to be completed this year and the remaining stadiums in December 2017.

There will also be 28 new hotels (7 of them have been completed) and four new airports.

We prepared 64 bases that can accommodate teams. For the first time, they are all featured in an online catalogue. Representatives from 11 countries have already visited Russia to pick team bases.

Apart from the 11 cities that will host matches, we decided to offer team bases in another 20 cities. There will be fan zones in all cities in Russia’s Far East, as well as in another seven cities, where people will be able to come together to enjoy football matches.

Last week I reported to the FIFA Executive Committee. There were no serious questions regarding preparations for the World Cup.