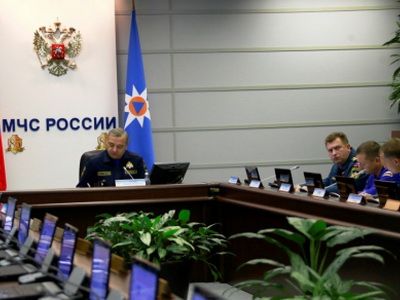 OREANDA-NEWS. Minister of Civil Defence, Emergencies and Disaster Relief Vladimir Puchkov reported to Prime Minister Dmitry Medvedev on search and rescue efforts following the crash of a Mil Mi-8 helicopter with Russian citizens aboard. Mr Puchkov reported on the combined efforts of the ministry and the Norwegian rescue service and the measures taken in cooperation with the service.

Later, Dmitry Medvedev held a telephone conversation with Norway’s Prime Minister Erna Solberg at the initiative of the Norwegian side.

Ms Solberg expressed her condolences on the death of Russian citizens in the Mi-8 crash near Svalbard and asked that her words be conveyed to the relatives and friends of the crash victims. Mr Medvedev thanked the Norwegian Government and the authorities of Svalbard for organising the search and rescue operation which included a Russian Emergencies Ministry team.