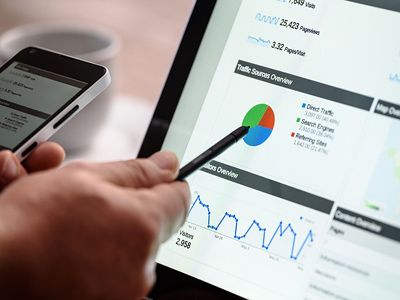 State
OREANDA-NEWS. January 20, 2017. US president-elect Donald Trump has doubts about a congressional plan to overhaul the tax treatment of imports and exports because of its effects on gasoline prices, US treasury secretary nominee Steven Mnuchin said today.

Both congressional Republicans and Trump are in favor of a border tax, but they differ on what it means. The border adjustment proposal advancing in Congress is part of a corporate tax overhaul designed to eliminate incentives to companies to move operations overseas to capture lower rates, a practice known as a corporate inversion.

The House Republican plan would reduce the corporate tax rate to 20pc from 35pc today and establish a territorial tax system, so that oil companies and other multinationals do not pay US corporate taxes on their foreign operations. The change in tax treatment would prevent US refiners from taking a tax deduction on imported feedstocks, while eliminating duties on exports.

A Trump border tax would apply to products exported into the US by companies that moved production overseas, Mnuchin said.

Republicans in the US House of Representatives said this week they would push forward with their border adjustment tax plan despite disagreements with the president-elect.

The public discussion of merits of border taxes of both varieties already has created a backlash both domestically and internationally. Industry trade groups the American Petroleum Institute and the American Fuels and Petrochemical Manufacturers have voiced concerns. And Mexico said it would retaliate against any US border tax or levy.

"There are a lot of questions about the 35pc border tax that the president-elect is doing a fair amount of tweeting about," Senate Finance Committee ranking member Ron Wyden (D-Oregon) said at today's hearing. "Working class people want to know if gas is going to be part of this."

Mnuchin said Trump "no way contemplated a broad 35pc border tax. That could not be further from anything that he would consider."

An analysis of the House tax plan by oil consultant Phil Verleger and consultancy the Brattle Group and funded by Koch Industries estimated US retail gasoline prices could rise by 30?/USG if Brent were trading at \\$50/bl. UK bank Barclays likewise estimated US gasoline and diesel prices could jump by 30?/USG.

But many economists say the effects are hard to predict, given the complex interplay between taxes, exchange rates and trade volumes. The subject had been limited to an academic debate until the November election ensured a Republican lock on US government for at least the next two years. "I have never even heard of a border adjustment tax before the election," Federal Reserve Bank of St. Louis president James Bullard said in an interview on CNBC.

"If it is a system that inherently discriminates against imports and promotes exports only, that could raise international trade implications," outgoing US Trade Representative Michael Froman said at an event at the Center for Strategic and International Studies, a think tank in Washington. It would also affect US consumers and manufacturers reliant on imports for their production process, he said.

"One of the challenges for any incoming administration is to think through second and third order effects of policies," Froman said. "What happens if other countries retaliate or imitate?"