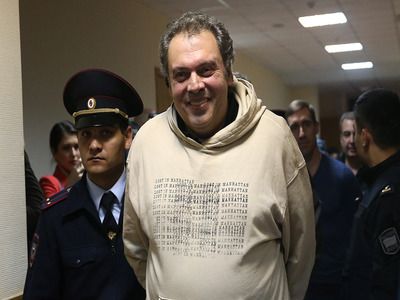 StateJusticeInterstate relationsEvents
OREANDA-NEWS. The Vienna Higher Regional Court upheld the decision of the lower court to extradite former Ministry of Culture official Boris Mazo to Russia, dismissing the defendant’s complaint, the Russian media reported citing a correspondent in Vienna. The refusal to satisfy the appeal by the appellate court means that the decision to satisfy the Russian request for the extradition of Maso entered into force, the Russian media claims.

Maso's lawyer Vladislav Musiyaka confirmed to the media that the Vienna Higher Regional Court rejected his client's complaint about the extradition decision. According to the lawyer, this decision will be appealed. “A complaint is being prepared for this decision, we will file it with the Austrian Supreme Court. So this is not the last resort”, said Musiyaka.

In mid-November, it became known that Maso sought political asylum in Austria. Then he called the “purpose of instituting criminal proceedings” against him an attempt to prevent the reappointment of Minister of Culture Vladimir Medinsky during the formation of the new government in May 2018.

In mid-October 2019, the Vienna Regional Criminal Court agreed to extradite Mazo to Russia. In January 2020, Medinsky lost his post of Minister of Culture after the resignation of the government of Dmitry Medvedev and was appointed Assistant to the President of Russia.
Source: OREANDA-NEWS
Материалы по теме: