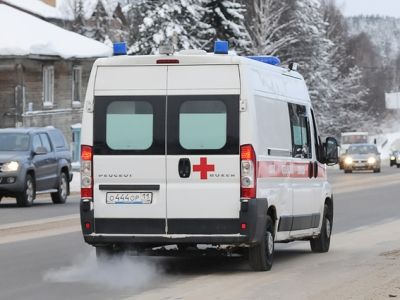 A Man Was Shot Dead in the Russian Court

OREANDA-NEWS. One person died while shooting in the building of magistrate’s court in the city of Novokuznetsk (Kemerovo Region, Russia).

This was reported by TASS, citing a source in the emergency services of the region. “At 9:20 (5:20 Moscow time), the Novokuznetsk ambulance was called that there were two gunshot wounds in the building… where magistrates are located… There are two victims: a man and a woman,” the interlocutor of the news agency said.

Later, the press service of the regional Center for Disaster Medicine reported that the man had died in an ambulance car. The wounded woman is an acute patient.

It became known to journalists that the shooter was a sufferer in one of the cases. The man made several shots from the pistol during the trial. The criminal was detained.
Source: OREANDA-NEWS
Материалы по теме: