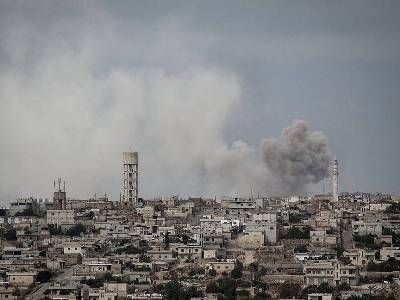 OREANDA-NEWS. The Russian Center for the Reconciliation of the Opposing Sides in Syria reported that on January 22, after dark, about 450 militants attacked government troops in the Governorate of Idlib.

Up to 200 militants of the Turkistan Islamic Party (banned in Russia) marched on the Abu-Dzhreyf – Samka direction with the support of 20 pickups, one tank, two infantry fighting vehicles and two jihad mobiles.

During the fighting, up to 50 militants were destroyed, 90 were injured. At the same time, up to 40 Syrian soldiers were killed, about 80 were wounded.