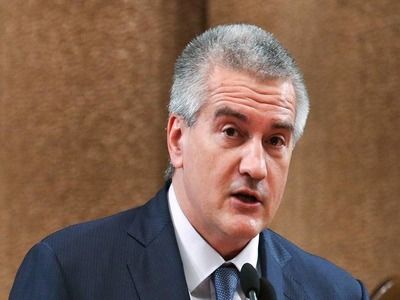 StateTourismMinistries and departmentsInterstate relations
OREANDA-NEWS. The head of the Republic of Crimea Sergey Aksyonov called the growth of tourist flow from Ukraine the recognition by citizens of the neighboring country of the Russian status of Crimea. He wrote about this on Monday on his Facebook page.

"Among foreign tourists, as in previous years, the residents of Ukraine are the leaders - about 1.1 million people. I think this can be considered a kind of popular vote on the recognition of the Russian status of Crimea - after all, they don’t visit the" invaders", the message says.

According to him, in 2019, 7.43 million tourists rested in Crimea, which is 9.3% higher than in 2018. At the same time, 57% of the guests arrived on the peninsula along the Crimean bridge, including more than six thousand - by trains along the railway track opened at the end of the year. In total, more than 2.5 million vehicles followed the bridge to the Crimea. More than 200 thousand people, according to the Ministry of Resorts and Tourism of the republic, will rest in Crimea during the New Year holidays.