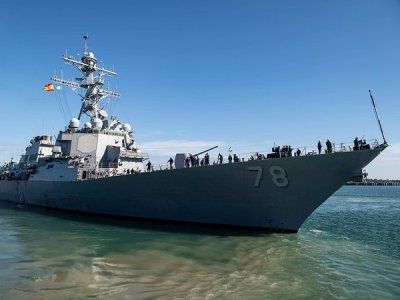 OREANDA-NEWS. The missile destroyer USS Porter began the transition from the Mediterranean to the Black Sea.

This was stated in a message published on April 13 on the Twitter page by the United States Naval Forces Europe-Africa (6th Fleet of the US Navy). “USS Porter (DDG 78) began her northbound transit into the Black Sea from the Mediterranean Sea. She will work with Black Sea partner nations to ensure maritime security,” the statement reads.

American warships periodically enter the Black Sea. In November 2019, the same destroyer entered the southern part of the sea. She was escorted by forces of the Black Sea Fleet: the frigate of the Russian Navy Admiral Essen and the small-size missile ships Vyshniy Volochek and Orekhovo-Zuevo.
Source: OREANDA-NEWS
Другие новости: