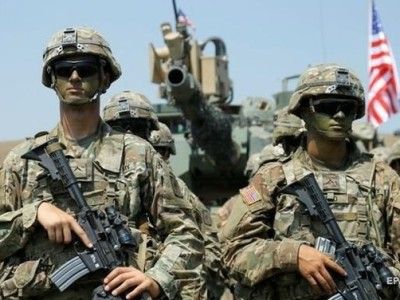 OREANDA-NEWS. In October, the United States will deploy a tank battalion in Lithuania at a firing ground few kilometers from the border with Belorussia. It is stated on the website of the Lithuanian Ministry of National Defense.

It will be a tank battalion of the 9th regiment of the 1st division of the US Army, it will be deployed at a military firing ground near the Lithuanian city of Pabrade. This city is located at the distance of 10 kilometers from the border with Belorussia. About 500 US Army soldiers, 30 M1 Abrams tanks, 25 M2 Bradley infantry fighting vehicles, and 70 wheeled vehicles will arrive in the country.

In Lithuania, where they will remain until the spring of 2020, the US military will cooperate with their Lithuanian colleagues and other allies, conduct joint training and exchange experience during the mechanization of the land forces of the Baltic country.

“US forces are an important deterrent that will contribute to NATO’s efforts in the Baltic Sea region,” the Minister of Defense of Lithuania Raimundas Karoblis said. He noted that earlier the country had accepted US troops for the specific exercises, but this time American military units will arrive for long-term deployment.

The US military has been deployed in Lithuania on a rotational basis since the spring of 2014 in the course of operation named Atlantic Resolve. In August 2019, Defense News magazine reported that the United States intend to supply to Lithuania 500 armored vehicles of a total value of 170.8 million dollars.