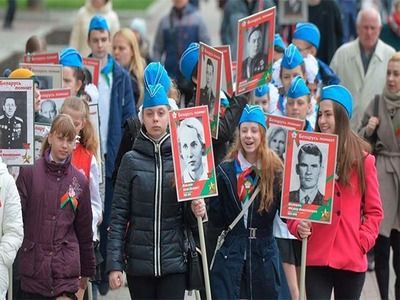 Belarus Will Begin to Ban the "Immortal Regiment"

StateEventsJusticeSocial associations
OREANDA-NEWS. The authorities of the Belarusian Vitebsk banned the rally of the "Immortal Regiment" in the city on May 9, one of the applicants to the action, Vadim Kuzmin, told the Belarusian news agency. “This year the procession is not planned in Vitebsk. And the inclusion of the procession of residents of the city "Immortal Regiment" into the event plan for the celebration of Victory Day is not foreseen possible, said the response to the application signed by the Deputy Chairman of the Vitebsk City Executive Committee Viktor Glushin. Instead of the march, the applicants were offered to join the official rally and the nationwide action “Belarus remembers”.

According to Kuzmin, the organizers of the Immortal Regiment have not yet decided on further actions. “The regiment is impossible, but if you are with us in support of the President of Belarus, Alexander Lukashenko, the authorities, then it is possible. But it is exactly to join Belarus remembers. And the fact that the Russians fought, Chechens, Cossacks and others. The main thing is for Belarus to remember, ”he added. This year the authorities of the Kazakh city of Aktobe also refused to hold the rally of the "Immortal Regiment".

In 2018, the Minsk authorities at first refused the organizers of the “Immortal Regiment” to hold a march on May 9, but then agreed to hold it. Last year, the march took place on Victory Day in all major cities of Belarus, including in Vitebsk, wrote Sputnik. The action "Immortal regiment" is held on May 9 in the cities of Russia and in foreign countries. Participants in the procession in the hands of photographs of their relatives - soldiers and veterans of the Great Patriotic War, partisans, prisoners of concentration camps, rear workers, blockade and others.