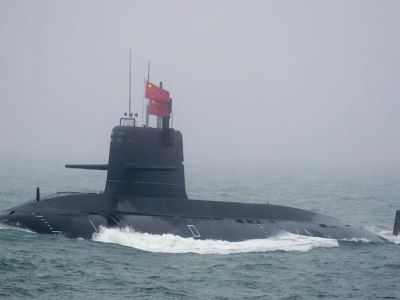 OREANDA-NEWS. The Washington Times, citing sources in the Pentagon, reported that a submarine of the Navy of the People’s Liberation Army of China conducted a test launch of a ballistic missile capable of hitting targets anywhere in the territory of the United States.

According to them, the launch of the JL-3 missile was carried out on December 22, from Bohai Bay in the northwestern part of the Yellow Sea from a nuclear submarine, which was under water at the time of testing. The launch was registered by American reconnaissance satellites and tracked throughout the flight in a westerly direction. No other details of the test, including whether it was successful, were reported.

Pentagon spokesman David Eastburn said that he has no information about this test.
Source: OREANDA-NEWS
Материалы по теме: