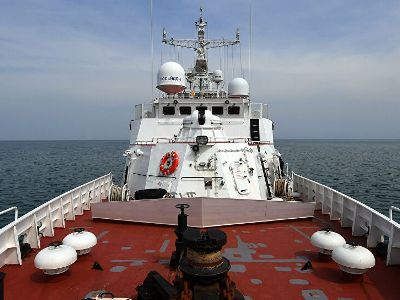 OREANDA-NEWS. Ukrainian sailors who were detained in the Sea of ​​Azov for illegal fishing were released.

This was announced on February 25 by the deputy of the Verkhovna Rada of Ukraine Pavel Melnik on his Facebook page. He reported that one of the fishermen contacted his family by telephone and informed that the sailors would return home on their own ship.

The Commissioner for Human Rights in Crimea Larisa Opanasyuk confirmed this information to Interfax news agency. “They have no complaints against the Russian side; being released, they wrote a receipt on it,” she added.

On February 16, the Crimean Border Authority of the Federal Security Service of Russia announced the detention of a poaching vessel in the western part of the Sea of ​​Azov. Four Ukrainians without identity documents were on board. They were accused of illegal catch of fish.